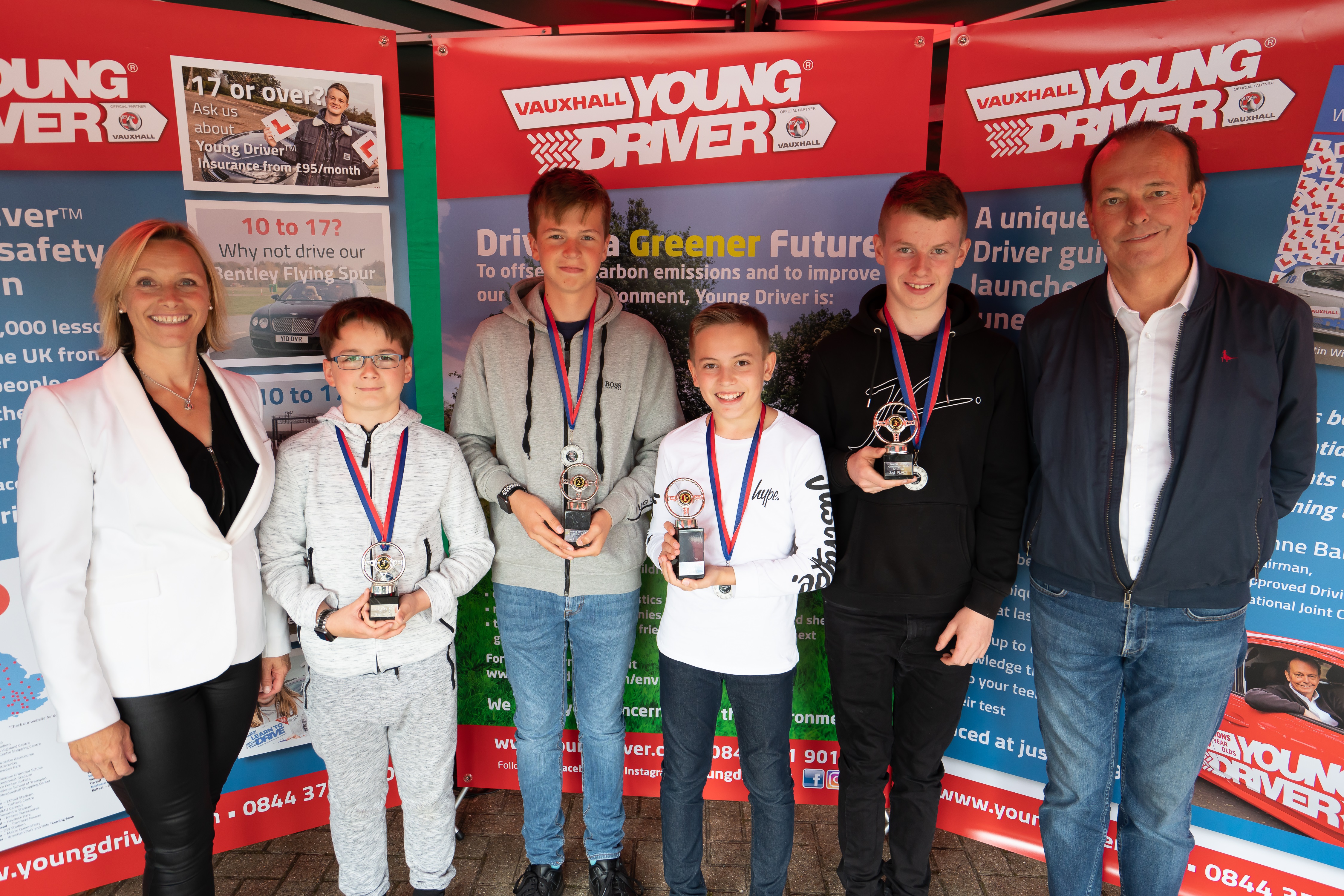 Having been scored by a qualified driving instructor during a driving lesson, 40 young drivers were selected to compete at the Challenge final, from hundreds of entries. TV presenters and motoring experts Vicki Butler-Henderson and Quentin Willson kept watch over how competitors were doing, before handing out prizes.

Drivers were judged on a range of driving skills, including reversing, parking, manoeuvring a slalom, controlling an emergency brake and independent driving. As at all Young Driver events, the youngsters were in dual controlled Vauxhall Corsas with a fully qualified instructor, who marked them on their level of skill and control. Drivers competed in two age categories – 10-13 and 14-16.

Vicki Butler-Henderson, who has an impressive motoring track record as a driver, motoring journalist and TV presenter, said: "What a day! It was fantastic to see how well the drivers handled the car - especially when some of them are just 10 years old! It was clear to see how seriously they took the responsibility of being behind the wheel and it was an honour to award all of them with their prizes as they were all thoroughly deserved. Hopefully all these youngsters having the opportunity to learn at an early age will create a safer next generation of young drivers for our roads, which is a huge benefit to us all."

If you missed the chance to enter this year, then look out for the Young Driver Challenge 2020, where you could win 'Britain's Best Young Driver'!

WATCH what the Young Driver Challenge 2019!

Hypermiling and how it can save you money

Prepare for your driving exam with a mock test