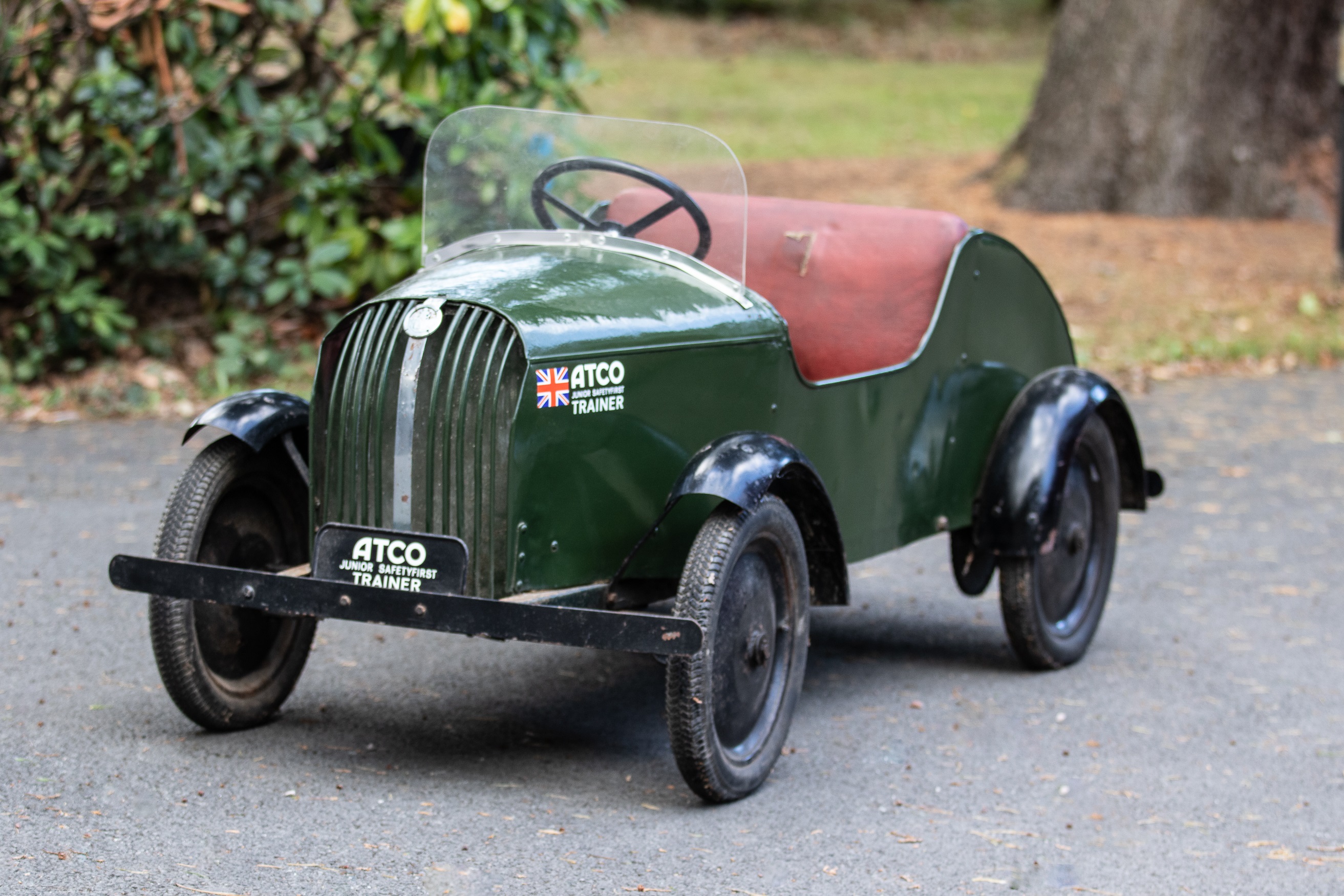 Did 1930’s safety experts have the right idea when it came to helping youngsters to be better drivers?

One company certainly thinks so and it’s even designed and produced the first all-British electric vehicle – which so happens to be for children – to prove it.

Back in 1938, the Atco SafetyFirst Trainer was created as part of a Government-backed initiative to reduce road deaths in the pre-war period. It was conceived to help children acclimatise to driving before they took their tests with literature reading “If every car owner today had been driving since the age of six, road sense, quick reflex and mastery of controls would long ago have become instinctive. Result – a nation of skilled “veteran” motorists and road accident figures substantially reduced.”

Today the UK’s largest under-17 driver training scheme, Young Driver, is taking up the Atco mantle – and calling for the government to introduce a similar scheme to prioritise road safety in schools.

A near-unique road-legal Atco Training car survivor, owned by Young Driver, helped spark the idea and is the precursor to the scheme’s newly launched all-British and all-electric Firefly Sport which aims to teach young people from ages 4 and upwards about road safety.

Atco’s plans for the Junior SafetyFirst Trainer were cruelly cut short by the outbreak of war in 1939. Supported by the House of Lords Select Committee on the Prevention of Road Accidents, Atco’s plan was to design and engineer a car for 7-17 year-olds that could be used in schools to teach the basics about roadcraft as a way of cutting road deaths. Atco had even built a road circuit in its Whitworth Works’ factory in Birmingham to show schools how such a layout could work for the SafetyFirst. Two hundred and fifty cars had been built by the time war broke out, but the materials were needed elsewhere once fighting began.

Today, Young Driver has delivered more than a million driving lessons to under-17s in the last 13 years, with young people getting behind the wheel of a modern dual controlled car, a classic car or the electric Firefly.

Ian Mulingani, managing director of Young Driver, said: “For the last 13 years we have been teaching under-17s to learn to drive in a safe and unpressured environment. We knew from independent research, and from our own past pupils, that this led to a safer new driver. It’s common sense that learning over a longer period of time, so those mechanical parts of driving become second nature, can only help. Once you turn 17 the pressure is on to pass your test as quickly as possible and you’re trying to learn on roads full of impatient drivers. The government of the 1930s knew it, and we’re calling on the current administration to also prioritise making road safety an active part of the school curriculum. Having better-prepared young drivers keeps us all safer on the roads, as fellow drivers, cyclists and pedestrians. And of course there were only one million cars on the road in the 1930s, as opposed to over 35 million now.”

Operating at more than 70 UK venues, Young Driver offers youngsters aged from 10-17 the opportunity to drive a dual controlled Vauxhall Corsa or similar car, a Bentley Flying Spur, a choice of classic cars and a fire engine. Lessons take place on private property with full road systems including roundabouts, junctions, traffic lights and areas to practice manoeuvres. Younger children can even get their first driving experience in the sports car inspired two-seater Firefly – a ‘real’ electric car designed for 4-10s. For more information about Young Driver go to www.youngdriver.com

Young Driver was established in 2009 with the aim of teaching youngsters to drive over a longer period, therefore encouraging a safer generation of new drivers when they turned 17. Not only is the Young Driver programme the largest of its kind in the world. But the scheme is the only driving school in the UK to offer carbon negative driving lessons.

As well as children aged 4- to 10-years-old being able to drive the all-new Firefly Sport at selected Young Driver venues, anyone aged 10 and over and above 1.42 metres tall can get behind the wheel of a dual controlled Vauxhall Corsa (or similar) with a fully qualified ADI driving instructor. Lessons take place on private property, which has been developed into a realistic road system complete with road signs, junctions and car parks. A Drive Diary helps each pupil to monitor progress. More than one million lessons have now been delivered and there are more than 70 venues to choose from across the UK.

All Drive Diaries and leaflets are printed on carbon-capture paper and Young Driver’s office only uses Woodland Trust FSC paper. The Drive Diary is also available on the Young Driver app.

Driving experiences for 10-17s (and adults) are also available in three classic cars: a Vauxhall VX4/90, Morris Minor or Austin 7, along with a genuine ex-service fire engine and a Bentley Flying Spur.