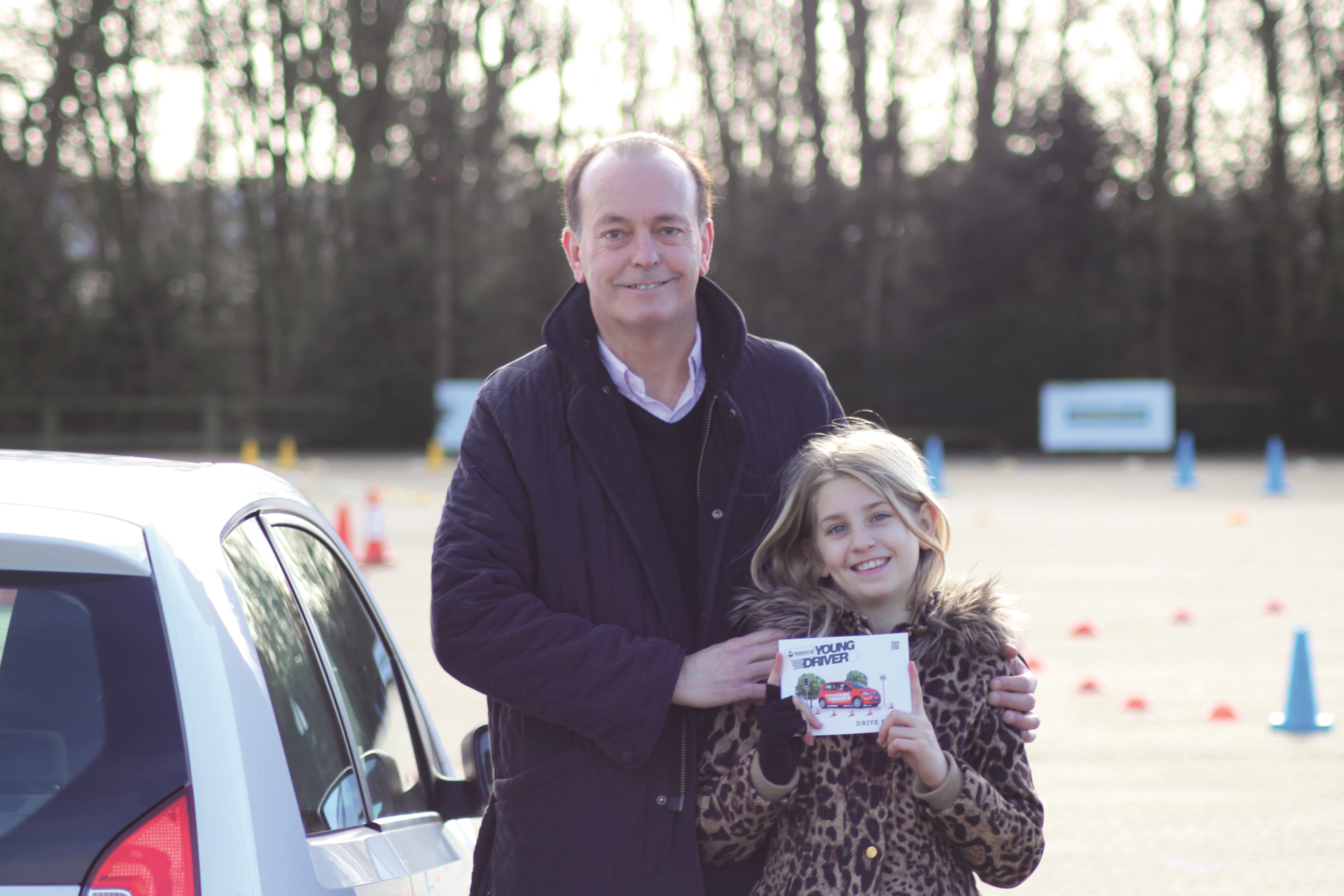 The secret to passing your driving test quicker? Learning to drive before 17

It is said that the average learner driver at 17 needs 45 driving lessons to pass their test – at a cost of over £1,500.

According to new research by the UK’s largest pre-17 driving school, which questioned over 100 driving instructors, the average cost for an hour-long on-the-road lesson is almost £35.

With the cost of living crisis hitting hard, and more than half a million learner drivers reportedly waiting in a backlog for available driving tests this summer, passing confidently and quickly, first time, has never been more important.

Could starting to learn to drive before reaching 17 help? Three quarters (74 per cent) of the driving instructors questioned, who teach youngsters both pre- and post-17, said in their experience, Young Driver past pupils needed fewer on the road lessons to be safe and skilled enough to pass their test.

The driving school also questioned 650 past-pupils to find out how many on-the-road lessons they’d had at 17 before they passed their test. Young Driver past-pupils took, on average, only 19 professional lessons at 17 before they passed their test – a big reduction on the national average of 45 hours. Seventy six per cent said Young Driver lessons had helped them pass their test more easily, with 68 per cent feeling they needed fewer on the road lessons because of the grounding they already had.

But enabling learners to pass their test more quickly didn’t lead to a compromise on safety. On average 20 per cent of new drivers in the UK have an accident in the first six months after passing their test. For Young Driver past pupils that figure dropped to less than four per cent.

Sue Stait, head of marketing at Young Driver, explains: “The idea behind Young Driver and pre-17 driving tuition came from a Swedish study back in the 1990s which showed a huge reduction in the accident rate for newly qualified drivers who had started to learn at a younger age. It makes sense that starting to learn earlier – with less pressure – can help create neural pathways in the brain for the ‘mechanical’ elements of driving. Practice makes perfect. Then when it comes to 17, those ‘beginner’ driving lessons aren’t necessary – it can be more about learning to read other road users and situations, along with hazard awareness.

“With the cost of living crisis hitting hard, saving potentially hundreds of pounds on lessons needed in a short space of time is a big thing. Even 10 fewer on the road lessons would save almost £350. We often find our learners come to Young Driver a couple of times a year – with vouchers bought for Christmas and birthdays – increasing perhaps as they get to 16. But that grounding can give them the basic driving skills needed to safely control a car.”

Young Driver launched in 2009 with the aim of revolutionising the learning to drive journey and reducing the accident rate for newly qualified drivers. It now operates at more than 70 UK venues and has delivered over 1.1 million lessons. Pupils aged 10 to 17 learn in a dual controlled Vauxhall Corsa, or similar vehicle, with a fully qualified driving instructor and lessons are held on private property. Road systems are created, including roundabouts, junctions and car parks as pupils learn to change gear, steer, brake, park and handle driving amongst other traffic. Drive Diaries monitor pupils’ progress and the skills learnt.

Mini Willson is the 18-year old daughter of TV presenter and consumer champion Quentin Willson. She started Young Driver lessons when she was 11. Mini said: “I just loved driving, so would ask for lessons for Christmas and my birthday most years. When I was 17 I did my theory test and had my first lesson on the road. My instructor was amazed because I could already drive! When I showed him my Drive Diary, he couldn’t believe what I’d already learned! I got my license within 3 months of my birthday and I only needed 12 lessons. Most of my friends had at least 40 lessons or more.”

For more information go to www.youngdriver.com

Young Driver was established in 2009 with the aim of helping to teach youngsters to drive over a longer period, therefore encouraging a safer generation of new drivers at 17. The scheme is the only driving school in the UK to offer carbon negative driving lessons.

Anyone aged 10 and over and above 1.42 metres tall can get behind the wheel of a dual controlled Vauxhall Corsa or similar car with a fully qualified ADI driving instructor. Lessons take place on private property which has been developed into a realistic road system complete with road signs, junctions and car parks. A free Drive Diary helps each pupil to monitor progress. More than 1.1 million lessons have now been delivered and there are more than 70 venues to choose from across the UK.

All Drive Diaries and leaflets are printed on carbon capture paper and Young Driver’s office only uses Woodland Trust FSC paper. The Drive Diary is also available on the Young Driver app.